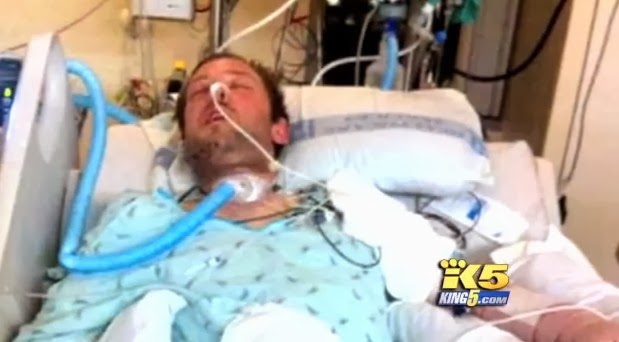 Publicerad den 13 jul 2013
AUBURN, WA -- Dustin Theoharis, an innocent, unarmed man who was shot in his own bed by police officers invading the home without a warrant, has endured a devastating string of surgeries and will never fully recover. He was attacked on the night of February 11, 2012. He was shot 16 times by officers as he lay in his bed. He has filed a $20Million lawsuit against DOC.

The officers involved were cleared of all wrongdoing. The department called the shooting of the unarmed man, "justified." One of the officers was given an award.

The assailants who shot Theoharis were Detective Aaron Thompson of the King County Sheriff's Office and Corrections Officer Kris Rongen.

A review criticized the criminal investigation by the Major Crimes Unit of the King County Sheriff's Office, saying that evidence was overlooked, shell casings moved and the crime scene video wasn't dated and wasn't shot continuously making it difficult to decipher.

***
Publicerad den 28 jan 2013
"Three police officers in Connecticut's largest city have been put on desk duty until further notice since a video showing them attacking a man after he had already been brought down with a taser was posted to YouTube.

A taser can be heard clearly as the man, its target, drops to the ground in the video, which shows an incident that happened in May 2011.

In a Bridgeport, Connecticut park, in broad daylight, two police officers begin kicking the man as a third, arriving by car, joins in. "*

In a shocking internet video, Connecticut cops are seen kicking, stomping, and even using a taser on a man as he lay on the ground, not moving. Is this brutality another reason why law enforcement should be recorded on the job?

***
Publicerad den 6 aug 2013
SYRACUSE, NY -- Police used a taser to electric shock a disabled man because he was standing on a bus, as he always does. The man prefers standing because of his spinal injuries, which make it uncomfortable for him to sit.

Brad Hulett says he did not want to lose the price of his bus fair, but he also couldn't comply with the request to sit. He says that standing is common on the buses and happens every day. He does it every day. However this day he believes he was singled out because of the way he looks. Hulett suffers extensive disabilities stemming from injuries caused by being struck by a train years ago. He also had open heart surgery recently and feared that police tasers would harm his heart. He is suing because of excessive use of force.

Indiana Police Threaten to Taser Black Firefighter for Waving at Them

***
Publicerad den 16 aug 2013
George Madison Jr., an African American firefighter and youth pastor in Evansville, Indiana was threatened with a taser by police when he committed no crime.
Madison says that he was riding his bike when he saw a police car approaching the same intersection.

Through his work on the local fire department, he is familiar with a number of the police officers in Evansville and he thought he recognized one of the men in the car so he waved.
That is not how the police interpreted it, however, as they claim that they thought he was flicking them off.
The officers stopped Madison, and, according to Madison, they were getting confrontational.
He then took out his phone and went to call the police chief, Billy Bolin, who he is friends with. The officers told him to hang up the phone and get on the ground.
When he hesitated before listening to their order, The Courier Press reports that the officer took out his taser.

Woman having severe diabetic attack is ripped from her car by police, handcuffed face-down on street

***
Publicerad den 23 jul 2013
SANTA FE, NM -- Shocking dash camera footage shows a diabetic woman being dragged out of her car by Santa Fe County sheriff deputies, all while she was having a diabetic episode.

Revena Garcia's blood sugar dropped so low that she became extremely disoriented and could not open her car door. Deputies assumed she was a drunk driver and broke through her window, ripped her limp body from the vehicle, handcuffed her facedown on the hot pavement, where they left her, motionless.

Garcia showed no resistance and there was no reason to be so rough with her, to throw her to the ground, and to leave her there.

***
Publicerad den 21 jun 2013
TURTLE CREEK, PA -- Police came barging into a woman's home because they wanted to arrest the owner for the length of her lawn. A tenant, Robyn Ruckman, recorded the encounter. As she answered the door, police treated her rudely and started making demands. She told them her name but that wasn't good enough. They wanted her to produce ID.

After asking them to stay outside, police and health inspectors barged into her home.

"You know, I don't even see a nametag," Ruckman told the officer.

Police were performing a 12-hour roundup of the town's offenders, including the horrendous crimes of having uncut grass. The Lawn Nazis took care of business that day, and the streets were safe once again. Robyn Ruckman got off easy that day, as she was not the landlord. It was the owner of the long grass that was to be put behind bars.

***
Publicerad den 14 okt 2013
"A Chicago woman has sued the village of Skokie and one of its police officers, alleging she was seriously injured after being shoved headfirst into a jail cell bench after a drunken driving arrest last winter.

Cassandra Feuerstein, 47, said in a federal lawsuit that the incident required facial reconstructive surgery and the insertion of a titanium plate to "replace the bones that had been shattered."".* Cenk Uygur, Eboni K Williams, Ben Mankiewicz and Jimmy Dore (The Jimmy Dore Show) break it down on The Young Turks. 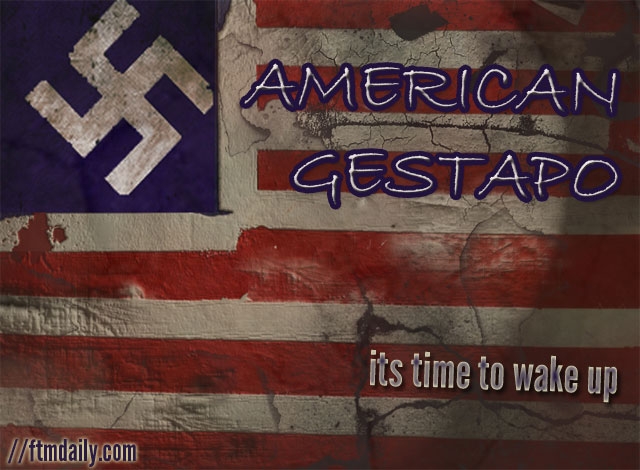