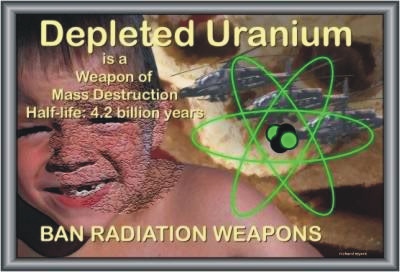 ***
Publicerad den 22 juli 2013
More than a decade after US led forces invaded Iraq - there is a legacy of horrific birth defects. Scientists blame the weapons used by the US military.

- Fallujah is the best known example, the number affected there is 14 times higher than in Hiroshima after an atomic bomb was dropped on it in the Second World War.


But RT's Lucy Kafanov was the first to take an in-depth look at the lesser-known extent of the human suffering in Najaf. READ MORE: http://on.rt.com/qpgvh7 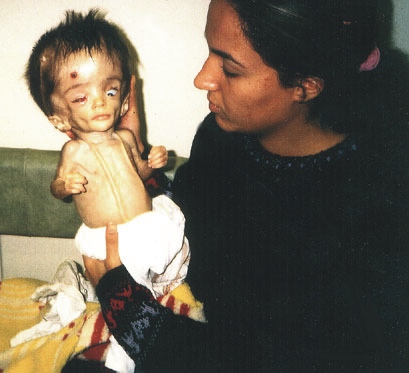 
RT 2013-07-22
Cancer is more common than flu in the Iraqi city of Najaf, a local medic tells RT. While doctors say the government discourages them from talking openly to the press on the disease, local families are scared of having more kids with birth defects.

Rates of leukemia and birth defects “rose dramatically” due to use of depleted uranium by the US military since 2003 invasion.

“After the start of the Iraq war, rates of cancer, leukemia and birth defects rose dramatically in Najaf. The areas affected by American attacks saw the biggest increases. We believe it’s because of the' illegal' weapons like depleted uranium that were used by the Americans. When you visit the hospital here you see that cancer is more common than the flu,"

Dr. Sundus Nsaif tells RT's Lucy Kafanov while talking on the rooftop of her house in Najaf, instead of her laboratory. Why the secrecy? As she reveals, there’s an active push by the government perhaps not to embarrass the coalition forces, not to really talk about this issue.
*** 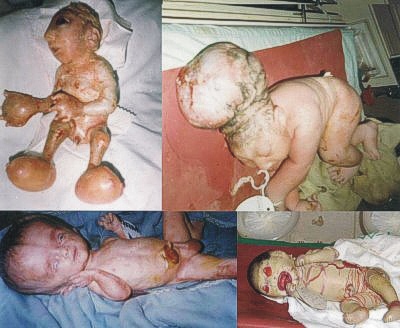 ***
RT crew went to the city of Najaf about 160 km south of Baghdad that saw one of the most severe military actions during the US's invasion. Now every residential street in several neighborhoods that RT visited has multiple cases of families whose children were ill, families who had lost children who had to bury children, families who had many relatives who were suffering from cancer.

“The war isn’t over. Yes, the Americans are gone, but we are still suffering from the Consequences," said Leila Jabar, whose three children died because they were born with congenital deformities. She blames radioactive ammunition used by American forces during the war for  the health problems of her children. Her only surviving 8-months-old son Ahmed has a nervous system disorder and doctors don't expect him to survive his first birthday.

Dr. Chris Busby has researched the effects of depleted uranium in detail. He says the only source of uranium in Iraq was the use by the American-led forces of uranium weapons.[...] 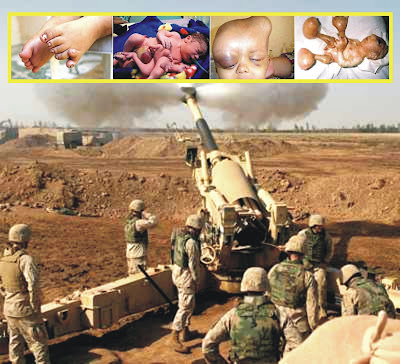