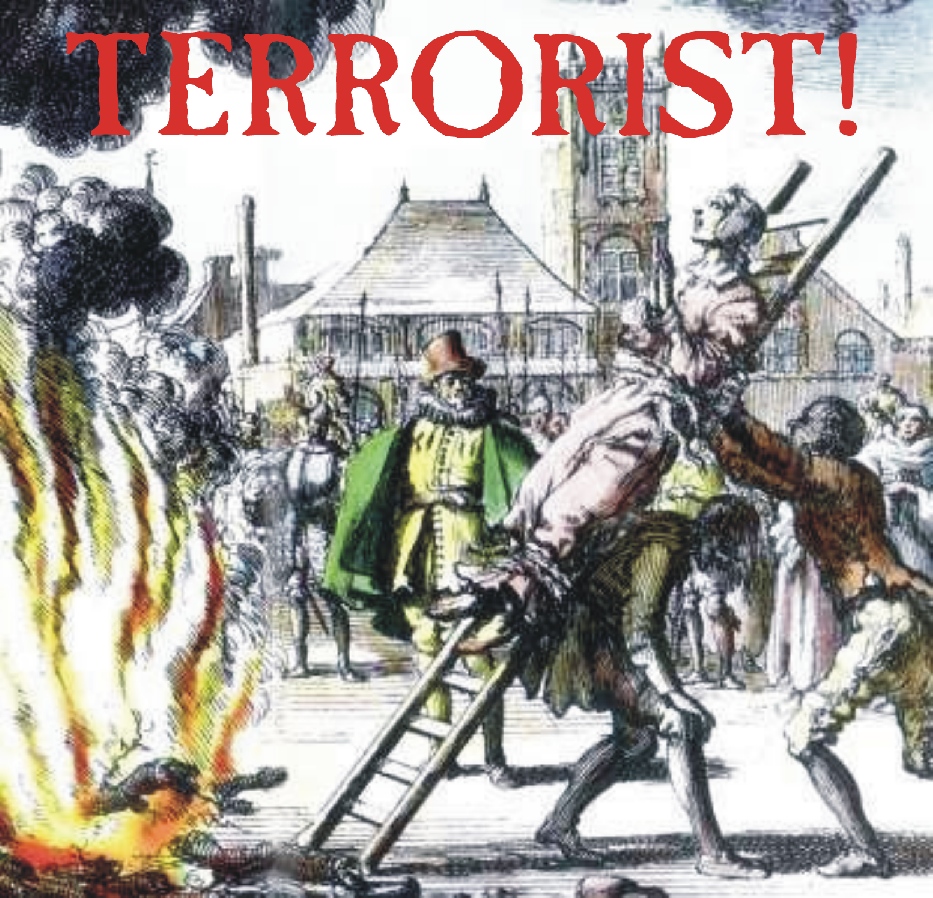 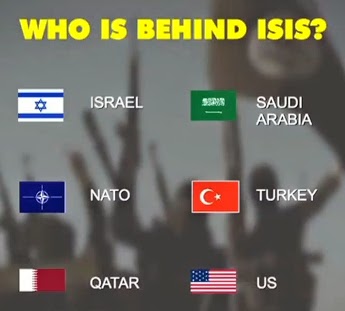 Brian Becker:
- Khorasan Group a fake threat meant to scare the US into war

***
Publicerades den 1 okt 2014
When the media and veteran government officials began questioning the true threat posed by the Islamic State, President Barack Obama’s administration concocted a new terrorist threat called the Khorasan Group to scare the American public into supporting airstrikes in Syria, according to Glenn Greenwald and Murtaza Hussain of The Intercept. Many activists and journalists have reaffirmed this allegation, backing-up the assertion that the group is a “wholesale concoction” that was created with a specific purpose by the government. Speaking to RT’s Manila Chan, the ANSWER Coalition’s Brian Becker breaks down the supposed terror network and the necessity of using fear to justify war.
*** 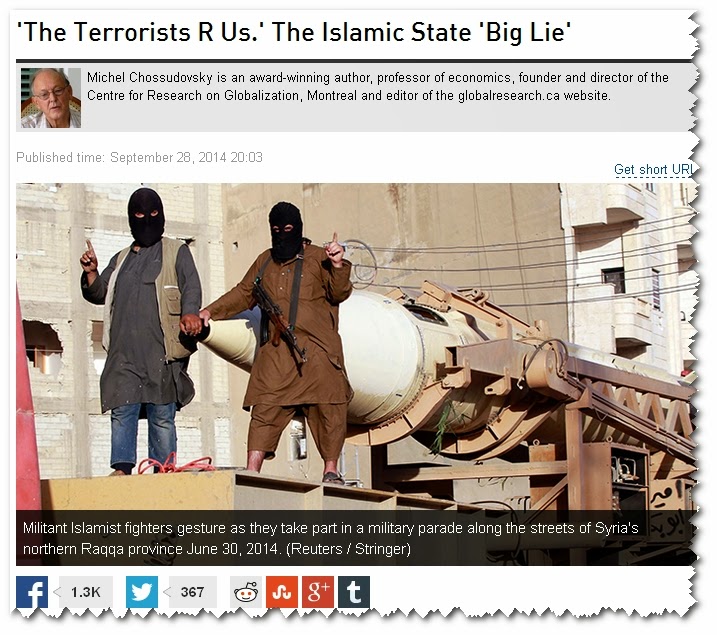 RT 2014-09-28
Under the auspices of the UN Security Council, with president Obama chairing the session, the US has called upon the international community to adopt strong measures, at national and international levels, to curtail the recruitment of IS fighters.

What is not mentioned in the media reports is that the heads of State and heads of government who have endorsed America’s campaign against the Islamic State, advised by their respective secret services, are fully aware that US intelligence is the unspoken architect of the Islamic State, which is part of a vast network of US supported “jihadist” terrorist entities. Countries are either coerced into supporting the US sponsored resolution or they are complicit in the US terror agenda.

Lest we forget, Saudi Arabia, Qatar, have been financing and training the ISIL terrorists on behalf of the United States. Israel is harboring the Islamic State (ISIL) in the Golan Heights, NATO in liaison with the Turkish high command has since March 2011 been involved in coordinating the recruitment of the jihadist fighters dispatched to Syria. Moreover, the ISIL brigades in both Syria and Iraq are integrated by Western special forces and military advisers.

All this is known and documented, yet not a single head of state or head of government has had the courage to point to the absurdity of the US sponsored United Nations Security Council resolution, which was adopted unanimously on September 24.

“Absurdity” is an understatement. What we are witnessing is a criminal undertaking under UN auspices.

While international diplomacy is often based on deception, US foreign policy lies are no longer credible. What we are witnessing is a total breakdown of established diplomatic practice. The “Forbidden Truth” is that the Islamic State is an instrument of Washington, a US ” intelligence asset”.

- ISIL is not an independent entity, nor is it an “outside enemy” which threatens global security, as conveyed by the Western media.

- While everybody knows this, the big lie prevails. The Lie becomes the Truth.


The United Nations Security Council resolution calls upon member states to “suppress the recruiting, organizing, transporting, equipping and financing of foreign terrorist fighters,” Specifically, the resolution points to the “the particular and urgent need to implement this resolution with respect to those foreign terrorist fighters who are associated with ISIL [Islamic State of Iraq and the Levant], ANF [Al-Nusrah Front] and other cells, affiliates, splinter groups or derivatives of Al-Qaida…” But are these not precisely the “opposition freedom fighters” trained and recruited by the Western military alliance in their quest to unseat the government of Bashar Al Assad?

The ISIL are the foot soldiers of the Western military alliance. Their unspoken mandate is to wreck havoc and destruction in Syria and Iraq, acting on behalf of their US sponsors. The endgame is to transform countries into territories.

Political leaders present at the UN Security Council session applauded the US counter-terrorism initiative. France’s President Francois Hollande pointed to the fact that “terrorism has taken on another dimension, and it wants to conquer territory now.”

Several US allies including Jordan, Turkey, Saudi Arabia and Qatar which are currently involved in supporting ISIL and Al Nusrah are now involved in the US sponsored air raids allegedly targeted against the ISIL inside Syria.

Turkey and Jordan have borders with Syria. Saudi Arabia and Turkey have borders with Iraq. The direct military involvement of these countries points to a scenario of escalation and sectarian warfare extending from the Mediterranean to Central Asia.

In this regard, Turkey has already announced that it will be involved in ground operations inside Syria and Iraq. The newly-elected Prime Minister Ahmet Davutoğlu announced (a day prior to the UN Security Council meeting) that his government will be seeking the endorsement of the Turkish Parliament to intervene militarily in both Iraq and Syria.

What is at stake is a so-called “no fly zone” in disguise, a justification to bomb Iraq and Syria under a counter-terrorism mandate, largely targeting economic infrastructure as well as the civilian population. The political architects of the Islamic State including president Obama, prime minister Cameron and their counterparts in France, Turkey, Saudi Arabia, Qatar, et al, are now waging a military campaign against the Islamic State, which they themselves created. Boots on the ground are also contemplated. According to Iraqi government sources, the US will sending some 13000 troops to Iraq.

- The leaders of western countries are either utterly ignorant and stupid, or totally corrupt and complicit?


Moreover, they seem totally unaware of the broad implications of their actions.
War propaganda is a criminal act under Nuremberg: Crime against the Peace. By upholding the lies and fabrications of US foreign policy, the mainstream media is complicit in war crimes.

Britain’s Prime Minister David Cameron is to bring the matter to the British parliament. The revocation of citizenship is contemplated in Britain as well as in Canada for those suspected of supporting the jihadist movement. While Britain’s Prime minister has called upon Her Majesty’s government “to restrict or rescind the passports of British jihadists … Home Secretary Theresa May has threatened to deprive those Britons already fighting with the Islamic State of their citizenship.”

Ironically, Prime Minister Cameron is complicit in facilitating and organizing within the UK the recruitment of British jihadists. And indeed one might suggest, pending the formulation of criminal charges, that his passport should be revoked for “supporting the jihadist movement”.

George W. Bush stated in 2001, “you are either with us or with the terrorists.” The forbidden truth is that the US is involved in a diabolical undertaking: it has created an Islamic terror network with a view to destroying sovereign countries and now it is waging a war against its own terror network. Without media propaganda, this military agenda under the guise of counter-terrorism would fall flat, collapse like a deck of cards.

The US president and his indefectible British ally “R the Terrorists”, they are the “state sponsors of terrorism”, with a view to waging a war of conquest. The United Nations is complicit in this undertaking. 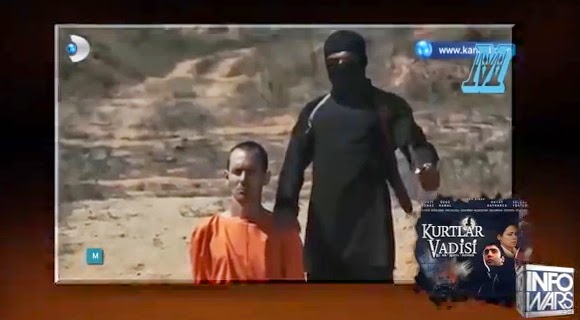